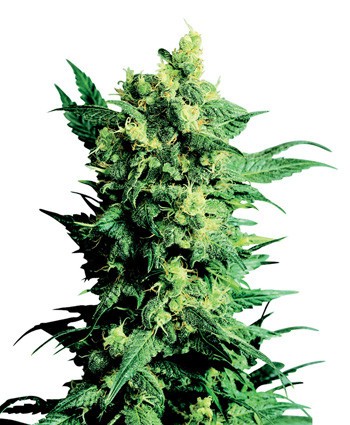 Regular
Shiva Shanti II and her more powerful Indica sister Shiva Shanti were two varieties released at the start of the Nineties to celebrate the expansion of breeding stock that brought Sensi Seed Bank’s gene-library to its current level. The aim of Shiva Shanti II was to make a strain that absolutely anyone could afford, while being versatile enough to grow indoors with lights, in the greenhouse, or outside in the sun at most locations below 45°N. The new strain also needed to be fast, tough and forgiving - able to reward the most inexperienced grower. Furthermore, Shiva Shanti II also had to be pleasantly potent, but an order of magnitude less powerful than her big sister, enabling casual cannabis cultivators to enjoy the sublime experience of smoking their own hand-raised, home-grown ganja without being blown away. Naturally, even Sensi’s comparatively mild strains, when lovingly-cultivated, can be much more potent than ‘normal’ commercial cannabis, so Shiva Shanti II should never be thought of as weak. The original Shiva Shanti is a three-way hybrid made largely from Garlic bud and another ‘heritage’ Kush strain, reinforced and invigorated by Skunk genes. For easy growing, Shiva Shanti II has a third Afghani added to the mix. This smooth and sturdy cultivar from the country’s southern plains also adds to phenotype variation in the f1 generation. Shiva Shanti II is one of Sensi’s best sellers, partly because she’s the lowest-priced variety in our collection (making her one of the most affordable strains from any breeder), and partly because her low price has no bearing on her fine quality. Growers who’ve seen her in action know that Shiva Shanti II can produce amazingly nice results when given a chance to flourish..
SKU
gro_100032558
Write Your Own Review
Skip to the end of the images gallery